HORNELL – The Cortland Crush are your 2021 NYCBL Champions. Taking game two of the series in a 5-3 victory, the Crush swept the Hornell Dodgers to earn their first title in franchise history on Saturday afternoon. A pitchers duel for the majority of the contest, Cortland scored four runs on five hits to rally in […]

Crush Take Game One of NYCBL Championship vs Dodgers

ORTLANDVILLE – The Cortland Crush took game one of the 2021 NYCBL Championship on Friday night in a 5-2 victory over the Hornell Dodgers. A hard fought battle on both sides of the ball, a solo blast from Nick Pastore and solid relief pitching from Kevin Rosengren would get it done for Cortland in a […]

Castillo and Perachi Lead the Way in Win Over Salt Cats 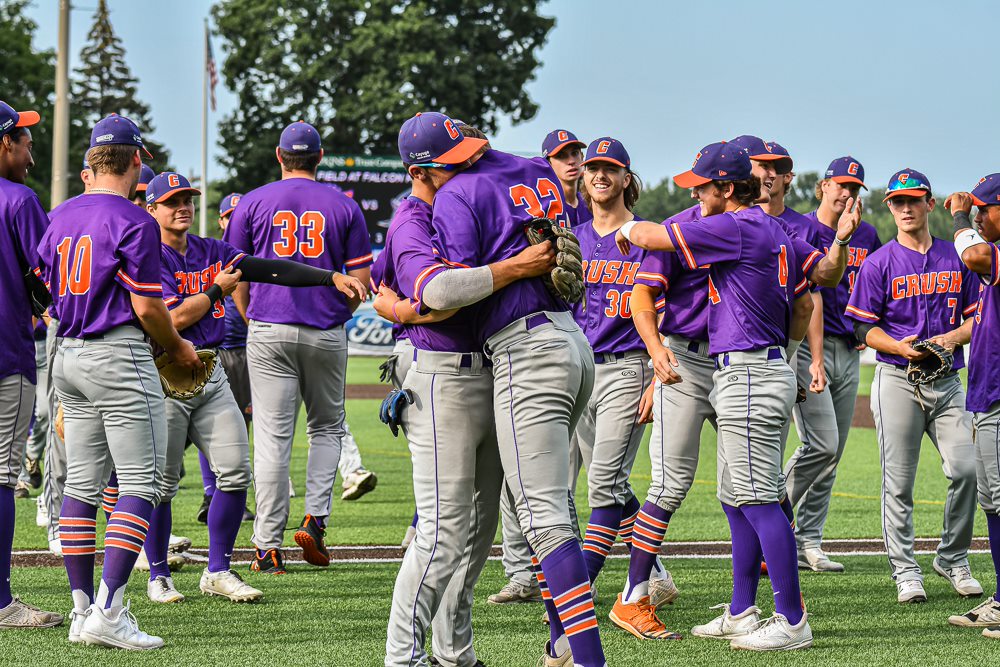 CORTLANDVILLE – Alexis Castillo and Dominic Perachi led the way for the Cortland Crush on Monday night against the Syracuse Salt Cats. After a road win over the Salt Cats on Sunday, the Crush got it done again at home last night with a 6-1 victory. A great team win on both sides of the […]

Back-to-Back Canadian Home Runs Win it for the Crush

The Cortland Crush battled it out with the Sherrill Silversmiths on Friday evening. A tight game through each and every inning, Cortland had to earn it in this slugfest as they held off the Silversmiths 12-8 to win the game. Zach Marriot, who came in the game to pinch hit for just one at-bat, and […]

The Cortland Crush are an NCAA sanctioned member of the MLB endorsed NY Collegiate Baseball League.